About the Antimicrobial Zone 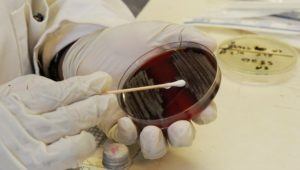 Remember that song you used to hate, but then heard so much everywhere you start to quite like it? Bacteria can find the same thing with antimicrobial drugs designed to kill them. Drugs treat lots of diseases and health problems, but over time, the microbes causing the conditions can evolve and become resistant to them. Resistance can spread very quickly, and is one of the most serious problems facing modern medicine. Diseases and infections that were almost completely cured are now becoming increasingly difficult to treat.

Scientists in this zone might be tracking the evolution of microbes as they become resistant, they might be advising the government and NHS on how to deal with the problem, or they could be modifying existing antibiotics in order to strengthen them against the evolved bacteria.

ASK the scientists any questions you have about science.

CHAT with the scientists in a 30 minute long text chat booked by your teacher.

VOTE for your favourite scientist to win a £500 prize to spend on communicating more science.